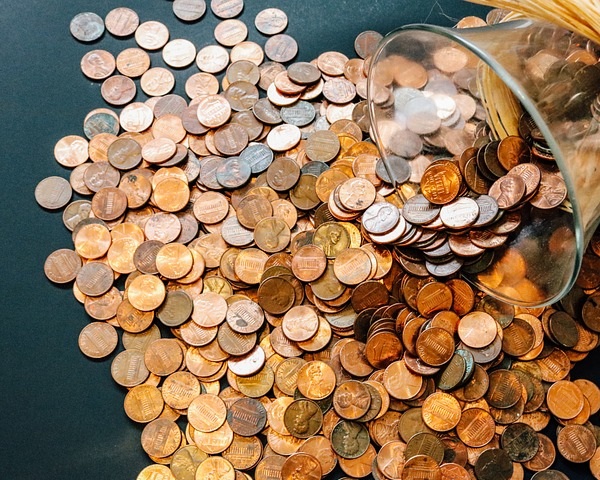 Interest, simply put, it is how much money is paid for the money borrowed (which can be expressed as a percentage or an amount), subjected to your credit history, you may notice different places charge a different percentage at different times, but these are often based on a country’s prime rate which was determined by a country’s central bank.

So when you go to a bank for a loan of $10k, and the local bank says 5% interest, in such condition, you are the Borrower, the Bank is the Lender, the Principal of the Loan will be $10k and the Interest at 5%,

Here the Bank charges you either Simple Interest or Compound Interest, take a look at the diagram below: 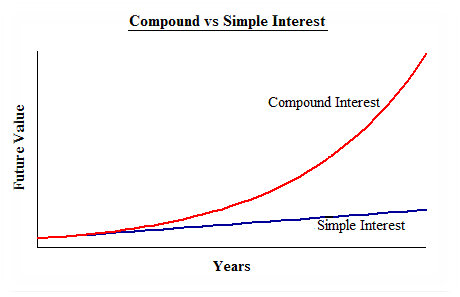 The compound interest would grow in the exponential function as compared to the linear function of simple interest as the time of loan goes. What you paid for simple interest is that you pay the same amount for every year, but with compound interest, the interest for the first period was added to the total, and the interest was calculated for the next period, and so on. It is like paying interest on interest every period and this does not necessarily be paid per year, it could be per month, per day.

Sometimes, you must have wondered, why is the bank personnel were such a good guy for offering you a low-interest rate for a 30-year loan. Well, they are not! As most bank work on compound interest, and compounded not on per year, but on per month basis!

Does that mean that compound interest is a Bad thing? Hell no, you can make them work for you! Instead of being a borrower, you can become the lender yourself and put your money in investment products, such as in a bank or a business so your money could grow. If you invest your money at a good interest rate, and over long periods it can grow very nicely! 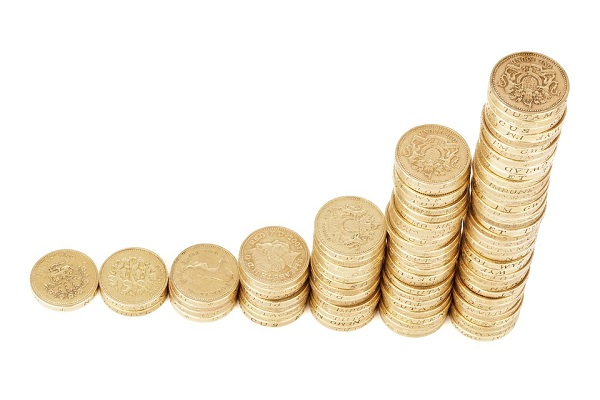 Compounding Effect is your best buddy!

The Compound Effect is the principle of reaping huge rewards from a series of small, smart choices. This small, smart choices could be improving your health, relationships, finances, or anything else for that matter your life. The choices at the moment, don’t feel significant and you wouldn’t notice any changes, you will not see the immediate result.

If so, why do we bother? Most people get owned by this simple effect. For instance, they quit after few weeks of running because they’re still overweight. Or, they stop making contributions to their retirement account after a few years because they could use the cash now as it doesn’t seem to be adding up. What they don’t realize is that these small, seemingly insignificant steps completed consistently over time will create a radical difference.

An expert in his field do not become a pro in days, they have dedicated most of their time to practicing almost every single day. And we know it takes a longer term in a healthy way to lose weight! Compounding effect is that simple, consistency and persistence are the keys, knowing practice does make perfection!

Then what is it to do with your money? There’s no real secret behind Buffett’s wealth, simply Warren Buffett understands the power of compounding. Also explained why Mr. A in our example earlier had the most net worth. Wealthy people know about compound interest and had worked to reinvest their investment’s earnings, and over time had their net worth skyrocketed!

Thus, the compounding effect in investment is the process of generating earnings on an asset’s reinvested earnings. Two things it requires to work, the re-investment of earnings and time. The more time you give your investments, the more you are able to accelerate the income potential of your original investment, thus takes the pressure off from you.